The ancient and vast plateau of Iran, located at latitudes between 25 and 40 north degrees. Mainly placed in the dry and semi-dry strip of the northern hemisphere, but the existence of two seas in the north and south of it as well as Alborz and Zagros Mountains in the west, and its plains have given it a distinct climatic diversity and diverse vegetation.

The 1300-kilometer Zagros mountain range is from the northwest of Iran (the border of Iran and Turkey) and it extends to the southwestern border of Iran and Pakistan. Historically and in terms of civilization, Zagros has an ancient history of several thousand years, and empires such as the Achaemenids have formed 2500 years ago in it.

Ecologically, Zagros has 7 high water levels and watery rivers, and more than 40% of the country’s water comes from five and a half million hectares of its forest and ten million hectares of its rangelands. In terms of vegetation, Quercus is the index of forest habitat that includes 25 species and 10 subspecies and varieties. Iranian Quercus brantii var. persica is an endemic species of these forests and does not exist anywhere else in the world.

In addition to the Iranian oak, there are other exclusive species in this mountain range, including mountain almond (Amygdalus Orazii). Its other herbal features are including the 57 species, subspecies, and varieties of the Rosaceae family that represent the peak of the vegetative evolution of this family on a global scale.

44% of Zagros trees and shrubs have medicinal and industrial properties. Only a Pistacia Atlantica or wild pistachio can be extracted in a wide range of pharmaceutical and industrial products. This product plays an important role in providing subsistence for Zagros forest inhabitants. 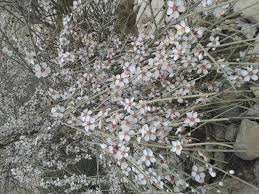 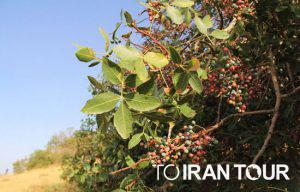 In this wide area of Zagros Mountain, there are many freshwater lakes that two of them, Zarivar Marivan in Kurdistan province and Ghor Oshtrankouh in Lorestan province are more famous. Rare plant species and rare wildflowers are found at a short distance from these lakes. Many Botanists believe that Iran is one of the main territories of tulip flowers. Tulipa has just 18 species in Iran, four of which are endemic monopolies of Iran. Also, the Fritillaria tulip has 15 species in Iran, six of which are exclusively Iranian species. There are unique plains of these flowers in Zagros and numerous festivals are held on this occasion. Finally, in terms of anthropology, many tribes and cultures live in the midst of this mountain range who have their own characteristics in language, customs, and traditions.

When you book with an account, you will be able to track your payment status, track the confirmation and you can also rate the tour after you finished the tour.
Sign Up

Or Continue As Guest